How a limescale remover works 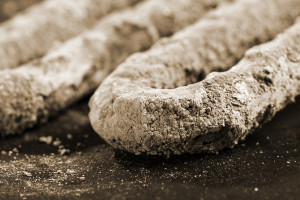 Limescale is a problem in many places throughout the world. Even if you are unsure what limescale is the odds are that you have seen it. If you have ever opened up your kettle and seen a white crust stuck on to the pipes or base of the kettle then you have seen limescale.

It is this deposit, this residue that is called limescale – and the more of it that builds up the more of a problem that you have. It can force products like kettles and dishwashers to work less efficiently, using more energy, taking longer and not working as well.

Limescale is the residue left from hard water. Hard water is called hard because it has (by comparison) a large amount of minerals in it. This is obtained by water running over rocks and river beds. Whilst this isn’t harmful to people (and often it can be beneficial) to machines it is far more of a problem.

When limescale is heated past 55 degrees the water evaporates, as it evaporates the minerals are no longer container within the solution and so start to sink, and to bind to surfaces. It should be noted heating isn’t the only way – simply letting the water to stand for a while can be the same, which is why limescale can also form on many taps.

The lime scale remover is an absolutely must for all homes and offices that need to have clean coffeemaker or a clean washing machine The limescale that builds up in the machines can either be removed using a natural or chemical lime scale remover.

There are going to be times when you want to remove the limescale, you will need to use chemicals at some point or another. The remover which you are going to use must combat the alkaline contents of the limescale to make sure it is completed removed and the surface is clean and clear again.

No matter what type of a remover you use for the limescale, it is important that you maintain all the equipment that you think can get limescale formation again.